skip to main | skip to sidebar

Fed Up!, which is scheduled for a Baton Rouge release on Tuesday, June 24, brings Tha’ Hip Hop Doc, a doctor, warrior, teacher and hero, and his team of muscle-bound, super-intelligent health advocates with super human powers to protect the human race from members of the Dungeon of Disease.

Tha’ Hip Hop Doc’s nemesis, Bad Heart, a sickly but shrewd and manipulative villain, will stop at nothing to destroy his foes, The Legion of Health. The comic series delivers critical messages on obesity, poor eating habits, physical inactivity, substance abuse, HIV/AIDS, and STDs packed with imagery and action.

Whitfield, who is also a board-certified sports medicine physician, said he designed the three-book comic series to reinforce positive health values using an ingenious, artistic package that is most popular among youth and young adults.

“The obstacle in the past with health comic books is that they were not of industry standard, and physicians were not actively delivering the messages to the youth,” said Whitfield. With that, Whitfield and comic artist Greg Nichols, took Whitfield’s Hip Hop Healthy speeches and created The Legion of Health. The series has been thoroughly researched and is a recommended teaching tool.

Tha’ Hip Hop Doctor and The Legion of Health series is currently available online for purchase at http://www.legionofhealth.com/.
Posted by content editor at 7:40 PM 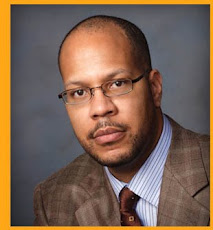 Dr. Rani Whitfield is a board certified family practice and sports medicine physician who lives in Baton Rouge, LA. He is affectionately known as “Tha Hip Hop Doc” as he uses music and medicine to educate young people on health issues.

Visit my website (http://www.h2doc.com/) and shoot me a question at DrRani@h2doc.com. It’s Tha Hip Hop Doc, they call me H2D, come on now lets get Hip Hop Healthy.